No Collapse This Time: Sixers Beat Nuggets in Defensive Battle

The first time the Sixers played the Nuggets this season, they were outscored by 22 points in the fourth quarter, falling apart late in Denver on Nov 8.

They entered the fourth quarter with the lead Tuesday night and this time, they closed the deal with a 97-92 win at Wells Fargo Center. It wasn't because of their offense, though - the Sixers scored just 14 points in the fourth, while the Nuggets had 16.

Complete coverage of the Philadelphia 76ers and their rivals in the NBA from NBC Sports Philadelphia. 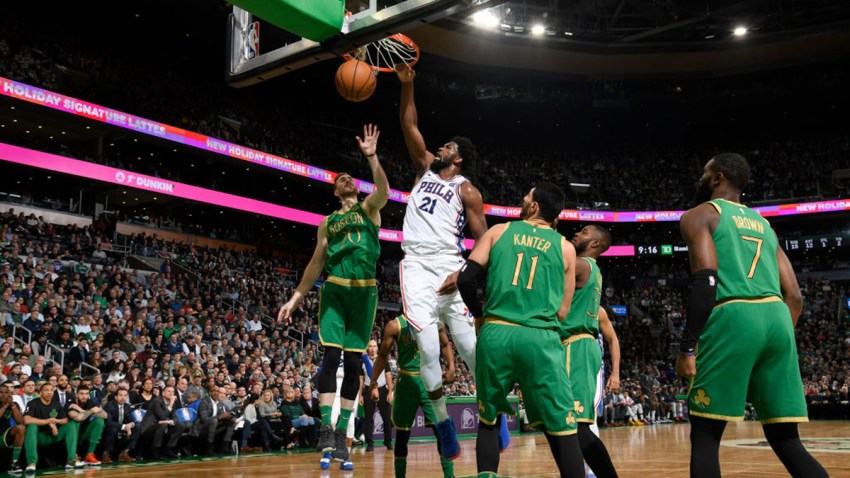 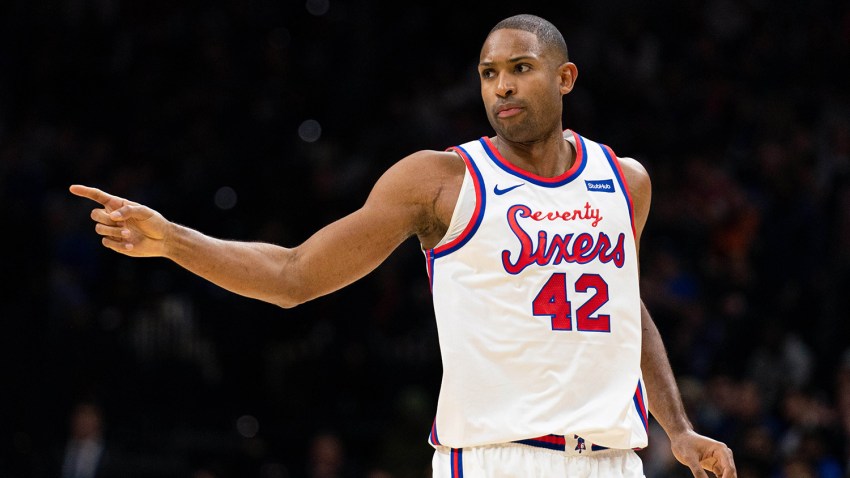 Joel Embiid led the Sixers with 22 points, while Tobias Harris had 20.

Here are observations from the win:

The crowd loves the kid

A week ago, he wasn't sure why there was such a disparity.

"I guess I'm comfortable [at home]? … It's all new, it's all different, so just trying to adjust to that," he said. "We started off the season on the road for a while, so that was tough. I definitely like playing at home a little bit better."

Elite athletes typically aren't too affected by noise, but for a rookie like Thybulle, the adoration he receives at home surely has an impact.

He helped wake the crowd up after a somewhat odd first quarter in which Will Barton scored Denver's first 13 points, dunking on Mason Plumlee and then knocking down a three on the Sixers' next trip.

Thybulle had 13 points and five rebounds, and he found a nice balance between being solid and disruptive defensively.

"I like the way that he is trending," Brett Brown said of Thybulle after his career-high 20 points Sunday vs. the Raptors.

The bar was high after that performance, but Thybulle certainly didn't take a step back against the Nuggets.

Josh Richardson couldn't help but smile at his locker before the game when asked how it felt to be back in the lineup after a six-game absence because of right hamstring tightness.

"It feels good," he said. "I've been itching to go back out there for a while, but sometimes you've just gotta be smart. Just tried to take my time getting back and hopefully today goes well."

Richardson was on a minutes restrictions Tuesday, which he expects to be the case for "the first couple games back." He ended up playing just 19 minutes.

The Richardson-Embiid pairing is one the Sixers will look to resume developing. Those two were flanked by Raul Neto, Furkan Korkmaz and Mike Scott to begin the second and fourth quarters.

Richardson was fine on defense but was far from his normal self offensively. He scored his first points on a three with 8:55 left in the game after missing his first seven attempts, then looked around as if to say, "Finally."

Embiid wins this round over Jokic

Embiid started well, making one jumper from the left baseline and another from the right elbow extended for the Sixers' first four points.

The Nuggets didn't double him very aggressively at first but Embiid generally made the right read when they did. He showed strong awareness during a sequence in the first quarter when he waited for the help defender to arrive and then hit the open man, Mike Scott, for a three at the top of the key.

Embiid faded a bit for a long stretch offensively, though he hit a circus shot at the end of the third as flipped the ball in behind his head while drawing a foul. He then raised his arms in celebration and posed for the fans. While his focus is on arriving in the postseason healthy and at his best, he's still obviously enjoying himself.

Jokic was focused on distributing the ball in the first half and didn't score until a little over four minutes left in the second quarter. The "point-center" had 15 points, 11 assists and seven rebounds.

The turnovers come in bunches again

In the first half, Al Horford passed his season-high for turnovers, giving it away four times.

As a team, the Sixers' turnovers were a problem in the second quarter. They had seven in the period, allowing Denver to get back into the game late in the first half after the Sixers had taken a 14-point lead.

A late flurry of turnovers Sunday vs. the Raptors contributed to an ugly finish, albeit a winning one. After turning the ball over 15 times Tuesday, the Sixers are averaging 16.4 on the season.

Not the best version of the Nuggets

This was the final game of the Nuggets' four-game road trip, and they've now lost six of their last seven.

It's still a good win for the Sixers against a Denver team who entered the game with the second-best defensive rating in the NBA (102.9), but Thursday night at the 17-5 Celtics is a more difficult matchup, at least on paper.

Click here to download the MyTeams App by NBC Sports! Receive comprehensive coverage of your teams and stream the Flyers, Sixers and Phillies games easily on your device.

More on the Sixers